The evolution of the chief diversity officer 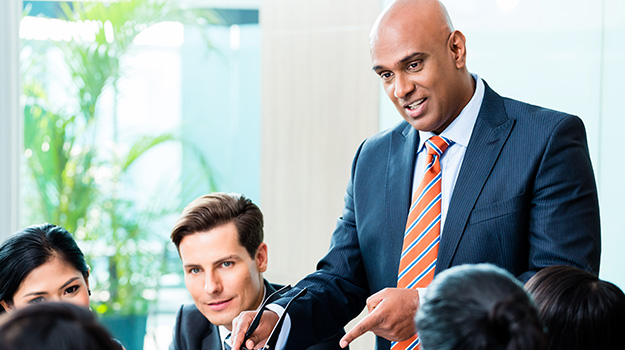 The protests following George Floyd’s murder last year forced many businesses to recognise their shortcomings on diversity and inclusion. The effect was immediate: research by the Royal Bank of Canada last year showed 40 per cent of S&P 500 companies discussed diversity policies during earnings calls in the second quarter of 2020, up from 6 per cent the same time the previous year.

One result of the internal and external debates — and heightened by the growing inequalities at work exposed by the pandemic — is that more organisations are appointing a chief diversity officer. The FBI recruited its first in April, and Harvard Business School did so in June.

Research by LinkedIn last year found the number of people with the title “head of diversity” more than doubled worldwide between 2015 and 2020, while the “director of diversity” title rose 75 per cent and “chief diversity officer”, 68 per cent.

Yet the title is meaningless if an organisation’s head of diversity has little sway, budget or clarity of purpose. At some organisations, appointing people to these roles can be a knee-jerk cosmetic reaction to address reputational issues.

Lanaya Irvin, chief executive of Coqual, a US non-profit think-tank that researches diversity and inclusion, says: “Firms are aware of a need to have a greater focus on diversity, equity and inclusion. The role has grown to be far more critical in organisations and the visibility of the role is that much greater.” 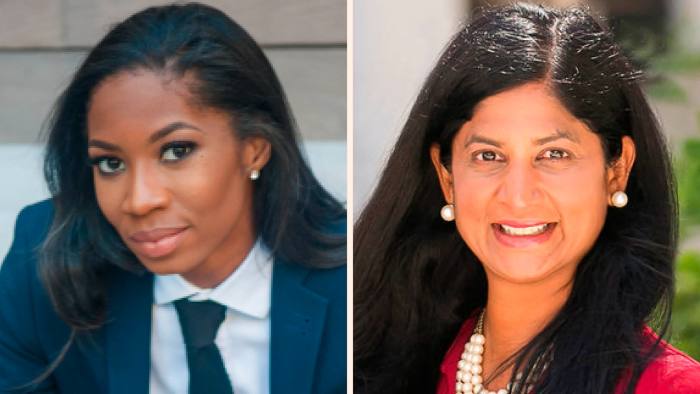 Tina Shah Paikeday, global head of diversity equity and inclusion advisory services at Russell Reynolds Associates, a recruitment agency, observes that increasing numbers of CDOs have been given larger budgets and teams, a marked shift from solo operators working within HR departments.

While CDOs are in demand, companies may not be prepared to hear what they have to say, leaving some diversity heads feeling overwhelmed or sidelined.

Irvin has observed CDOs arriving at organisations to discover that the talk about inclusion was “lip service [and] leaders aren’t ready to make progress. That stings”. She believes, however, that organisations are at an inflection point. “Employees, consumers, shareholders will hold the leadership to account.”

What makes the difference says, Gerri Mason Hall, vice-president of global diversity, inclusion and belonging at NetApp, a cloud services and software company is “resources [and] the visibility with executive leaders”. Before taking a CDO job, she recommends candidates should work out if the corporate culture at a would-be employer means it would prove “an uphill battle to convince the board that [diversity is] an important conversation”.

While the CDO role is not new, and was originally focused on legal compliance mitigating workplace discrimination, the events of 2020 have made the role more prominent. Azurée Montoute-Lewis, global head of diversity, equity and inclusion at Hill+Knowlton Strategies, a public relations company, has observed that recently “you started to see CDOs report more to CEOs rather than a layer of leadership between. It signalled the importance”.

Traditionally, CDOs had a background in human resources. Now, however, there is an emerging trend of senior leaders from business divisions taking the role, as corporate commitment to diversity becomes embedded in its wider remit.

“There are quite a few companies that aren’t looking at diversity just at the pure HR end, but looking at product inclusions, supplier diversity, board diversity,” says Irvin at Coqual. “When you think about that, it opens up the opportunity. The commercial lens that they can bring resonates with the stakeholders.” 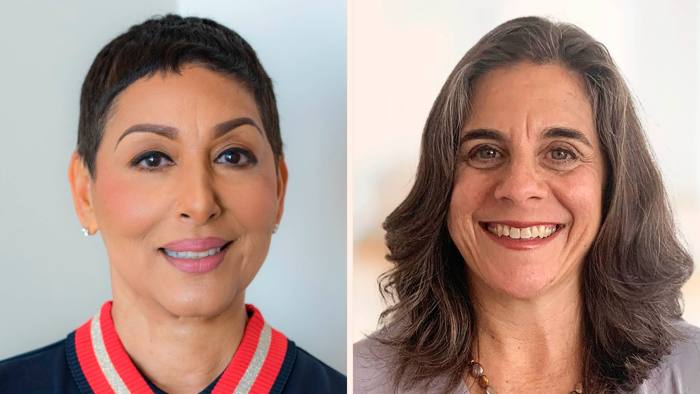 One such leader with wider experience is Julie Coffman, CDO at Bain & Company, a consultancy. She is a partner who has been at the company for more than 30 years, largely in healthcare. “I’m not a career diversity or career HR person. When an organisation is really trying to provoke some more change, having a veteran leader that has been on the front lines of business might create an accelerated pathway.”

Coffman splits her time internally and externally as she also leads the firm’s diversity practice, advising clients on their own inclusion strategies. She says the dual role is useful. “I can learn from clients.”

Carin Taylor, who has been CDO at Workday, an HR and financial software company, for almost four years, says, her role requires her to have input into some of the products — Vibe Central (a compilation of companies’ diversity reporting) and Vibe Index. “It’s very unusual for CDOs to have a huge influence on a company’s products.” She sees this as an emerging trend for CDOs.

Some argue that the creation of the CDO role in the wake of the BLM protests was a way of diverting attention away from the shortcomings of the human resource departments. One diversity chief observes: “I did not see one organisation asking their CHRO [chief human resources officer] to step down.”

Workday’s Taylor disagrees: “It’s not a matter of HR failing.” The pandemic and protests have presented fresh challenges that mean companies are right to seek CDO specialists. “It’s new for HR and companies.” 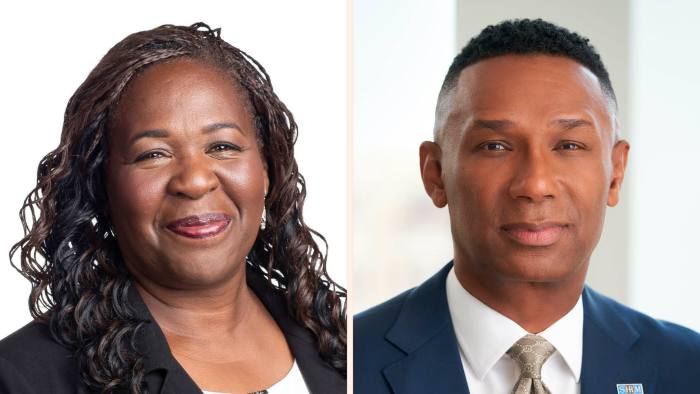 Johnny Taylor, chief executive of the US’s Society for Human Resource Management, a professional organisation, and author of Reset: A Leader’s Guide to Work in an Age of Upheaval, says: “If anyone is accountable for diversity and inclusion, it’s the CEO.” Once there is “visible, visceral commitment from the CEO” then the “chief diversity officer is a key hire” to execute strategy.

Turnover is high among diversity professionals. A report by Russell Reynolds found that the average tenure of a chief diversity officer in the US is 1.8 years in 2021, down from 3.1 years in 2018, partly indicative of poaching. “Under pressure to fill these positions, many companies are turning to executives who have never held the role before.”

Shah Paikeday says the person in a CDO role needs support. “You need an explicit onboarding process, to help prepare them for the executive role. They often are the only woman or minority, and often a double minority role.”

Internal diversity work can be overwhelming and siloed. Pooja Sachdev, a psychologist and co-author of Rewire: A Radical Approach to Tackling Diversity and Difference, says the CDO role can mean that the “difficult stuff” is offloaded to one person’s shoulders along with a sense that this “person can deal with the difficult issue and [the other executives] can go on with doing what we do. They get a lot put on them. There are so many challenges with that role.”

If an organisation is not willing to change, that can become exhausting in a very personal way for CDOs. “Even with an appetite for change, it’s challenging, you’re pushing people out of their comfort zone.” 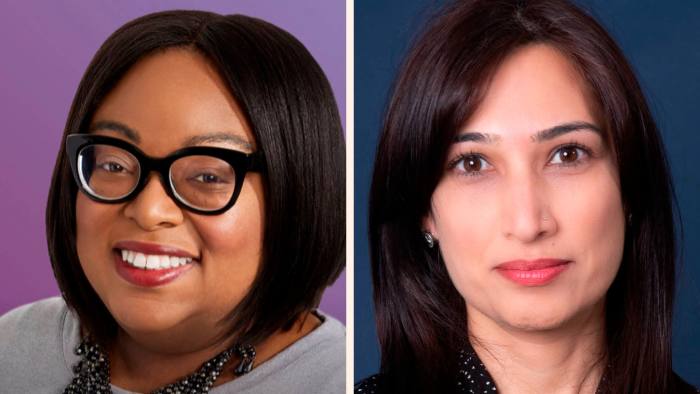 Azurée Montoute-Lewis, global head of diversity, equity and inclusion at Hill+Knowlton Strategies and Pooja Sachdev, a psychologist and diversity expert

The role itself can be a double-edged sword, Sachdev says. “You want to give marginalised people power, but if a minority [person] talks about experience, they can look like a troublemaker, people think they might be using the racecard. There’s a lot of personal, social and material risk with speaking up about these issues.”

Mason Hall says some workplaces are in denial about the wider aspects of diversity. “The emphasis in Europe has been about gender.”

Montoute-Lewis says: “Traditionally CDOs were individual contributors and didn’t have teams. It’s a very heavy lift. There can be hostility to the role — they can feel [about] the CDO role that it’s ‘only for a certain group of people and putting me at a disadvantage’.”

A “thick skin” helps, Mason Hall says. And she points out that there is an existential question for CDOs: whether this is a life-long career — or is the goal that your role becomes obsolete? “I have been saying for years that my goal is to be out of a job,” says Mason Hall. “My true belief is that if you integrate into everything you don’t need a CDO. But we’re not there yet.” 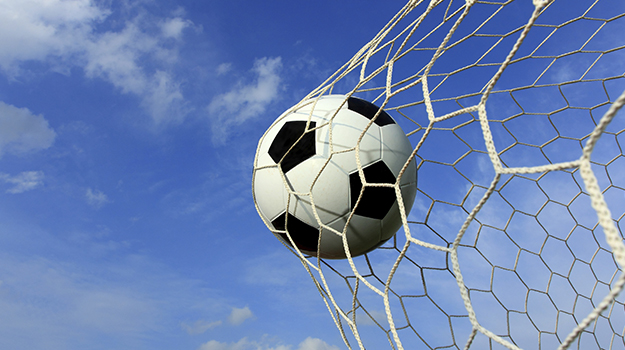 How to adapt your leadership to a multigenerational workplace 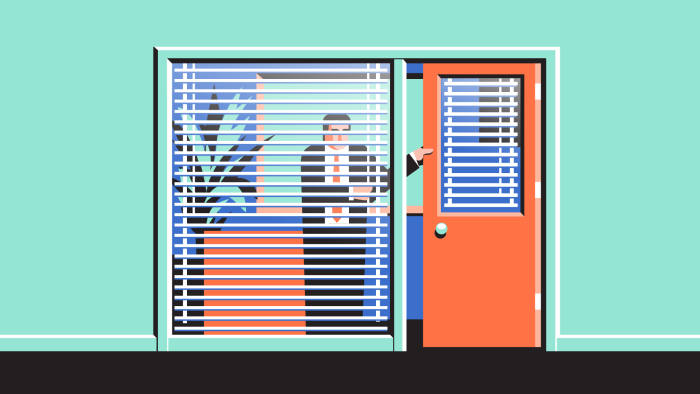