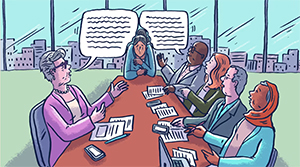 In her middle manager role, Catherine says she has experienced “more pressure” since the start of the pandemic than ever before. Based in Zurich and working for a financial services company, she is trying to navigate a stiffening in senior leadership’s tone, pushback against demands for higher wages and hybrid work plans.

“In the past two years, the company gave a lot of support. The sense is, that’s done,” she says. “We’re entering a different chapter, a different economic context and a push to get people back into the office.” She has received little training on how to manage, though she is grateful for some coaching on building boundaries between work and family life.

“It’s very lonely — my boss is at a different level. I found myself having no place to turn to speak openly [in order to get] a sanity check.”

At the same time, Catherine is putting in long hours trying to motivate her team. She says the new generation coming into work have different expectations of what they want to do. Some of her team members expect nine-to-five jobs. “Your job is to motivate, but they don’t have the same drive as I did. I have to step in and do a lot of this work. My hours are endless between handholding and managing their work.” She is wary of “applying pressure” and triggering sick leave.

The intensity of demands on managers’ time and skillset is recognised by Elizabeth Gaito, head of talent experience at Salesforce, the cloud software group. Working in the sector for 20 years, she has seen more change in the past two years than in the first 18. “Managers are not only responsible for driving business results. They’re on the front lines with their teams, supporting their emotional and psychological wellbeing, keeping company culture alive and navigating the challenges of ‘work from anywhere’.” This has prompted 24,000 managers at Salesforce to ask for management training — a 200 per cent increase since last year, according to research by BetterUp, a mental fitness and coaching platform. 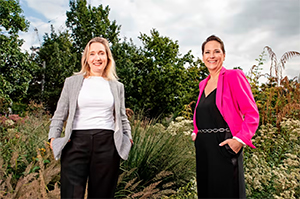 Middle managers — those overseeing frontline team leaders while also answering to senior leadership — have had to deal with upheavals wrought by the pandemic, and the staff turnover through the so-called Great Resignation, which caused gaps in headcount. Stefanie Tignor, head of data science and insights at Humu, a California-based HR software company, says the pandemic has widened the gap between good and bad management. “The best managers care about employees, try new things and as a result were resilient to the problems.”

Now, she says, many are charged with overseeing hybrid work plans and managing teams’ pay expectations in a period of high inflation. Tomas Chamorro-Premuzic, chief talent scientist at Manpower group, a recruitment company, believes high-performing managers have more sophisticated soft skills than their own bosses. “You can have senior leaders with little empathy — they might be narcissistic. If you are a manager who can’t connect with people, the team will be disengaged. If you don’t know how to deal with hybrid, people will quit.”

"We’re hearing people say, we’d like to encourage teams to come back. You need to be clear about why they’re doing it. Otherwise it is just putting pressure on middle managers"

It is a tricky position, particularly in a downturn, when traditionally the temptation for senior leaders has been to dispense with supposed management bloat. The image of the middle manager, says Zahira Jaser, associate professor at the University of Sussex Business School, is still mired in “anachronistic ideas that they are uninspiring”. Elise Finn, co-founder of Nkuzi Change, which provides coaching to middle managers at large employers, agrees. They can be “characterised as the ‘frozen layer’ who block change”. In reality, they are given the responsibility for change with very “little input [in] the strategy... They need support and recognition rather than blame.”

Organisational turbulence intensifies middle managers’ evergreen problems, says Kate Franklin, also a co-founder at Nkuzi Change. These include trying to deliver strategic priorities which they have not shaped, while at the same time balancing the demands of management with their expertise. So “with pressure from all sides, just getting your job done can be frustrating and exhausting,” she says. “As a result, many middle leaders default to their comfort zone of technical expertise, and this leads to a lack of leadership.”

If managers do not have the time to prioritise management, it can have an impact on team performance, conflict and absence, says Ben Willmott, head of public policy at the Chartered Institute of Personnel and Development, a human resources body. “If they aren’t picked up early they can escalate and become more time-consuming.”

For this reason, it is crucial, says Louise — who works in corporate banking for a European bank — that middle managers connect to senior leadership and speak up for their teams, rather than managing up. “It’s important to build that bridge.” Her own team, she says, values that she challenges leaders. “They feel you are representing [them]”. The best managers, says Brian Kropp, chief of HR research at Gartner, the consultancy, are “connectors” — not necessarily solving employees’ problems but connecting them to parts of the organisation that can.

Nonetheless, research by Microsoft found that 74 per cent of managers say they don’t have the influence or resources to make change for employees, and 54 per cent say leadership is out of touch with employees.

On hybrid plans, middle managers can feel caught between senior leadership’s desire to have employees return to the office part-time and resistance from some of their teams.

Catherine questions the demand for three days in her workplace. “I wonder why there’s a push to bring people back? People have closed M&A deals from home. The saving of not travelling and [the impact on the] climate, you have to wonder why it’s a big deal.”

Meanwhile, Jane, a customer services operations manager, says the challenge is negotiating senior management’s mixed messaging. “We’re hearing people say, ‘We’d like to encourage teams to come back’. You need to be clear about why they’re doing it. Otherwise it is just putting pressure on middle managers.” For Andrew, however, a product manager in an investment bank, the office has enabled him to mentor one new starter. “I couldn’t get them up [to speed] until they came to the office.”

Jane also feels squeezed when it comes to employees’ desire for wages to match inflation. “It doesn’t help financially but they realise I’m doing everything I can. It doesn’t change the fact that they’re looking for other jobs. It’s harder to manage their motivation.”

Jack, who works in sales, says his company is planning another pay rise before Christmas due to the cost of living. However, he knows it will not match the pay of competitors. “The external market is strong.” Another manager sought to mitigate the pay squeeze by encouraging more flexibility in commutes and compressed hours to help reduce costs.

Middle managers are also wary of sharing their challenges with fellow managers. Catherine says it can be a bit like the “blind leading the blind: they’re your peers, but it’s also an element of competition. We share the same boss. If I have concerns about my boss, I won’t talk to them about it. I don’t want to be perceived as badmouthing or gossiping.”

And in the current climate, says Jane, “there’s cost cutting going on all over the place. Middle managers are always the first to go. It’s not always about being the highest performer, it’s about how you fit.”

Andrew says “the promotion culture of an investment bank is geared towards the old-school performance metrics. There’s no success metric on mentoring, helping [his team] grow. There’s no way to bring that up.”

Willmott says too few middle managers receive training. “The old story rings true — that people are recruited into middle management because of their technical skills, and receive either no training or ‘sheep-dip’ training. There’s nothing wrong with people being recruited on their technical skills if they are given support. Some people aren’t suited to being managers. You need to give people other roles that aren’t management.”

This would bolster the middle management role. As coach Elise Finn observes: “When they’re good, they can be catalysts for change.”

The names of some of the interviewees have been changed 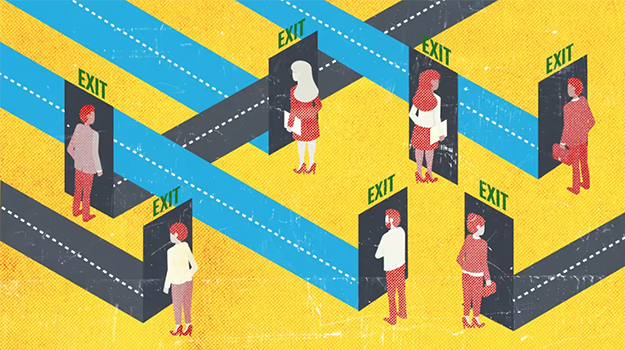 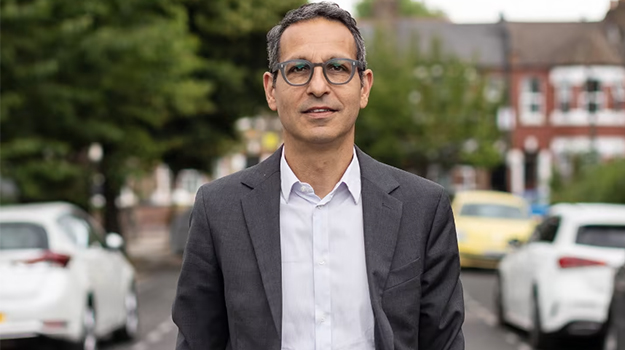