Executive, big-earner - forced out of your job? Where to next?

Over the last week we all saw the fall-out from the Daily Telegraph’s expose of alleged malpractice in British football. To those with any knowledge of football history this should not have come as a surprise: corruption – and the part a free press has had in reporting it – has been well documented over many decades.  Nonetheless, even though nothing strictly illegal appears to have been done, there are, at time of writing, two people who are looking for new employment as a result of the Telegraph’s investigation.  By the time this is all over there may be a few more…

Unsurprisingly, the HR press quickly seized upon the biggest story.  HR Grapevine, in a piece entitled “Were the FA right to get rid of Sam Allardyce?” asked Beverley Sunderland, Managing Director of Crossland Employment Solicitors, who, having reviewed the relevant legislation and how it might be interpreted, noted. “Given all of the corruption problems in world football, the FA would rightly be able to take the high moral ground especially when it relates to its own highly paid England Manager. It is hard to see how the comments of Sam Allardyce, even at face value without further explanation, cannot be said to go to the root of the trust and confidence and the relationship that needs to exist in an employment contract. That being so, the FA would be justified in walking away from the contract now and clearly Sam Allardyce recognises this.”

Now, given that our audience here at exec-appointments.com is worldwide, we should also say that this is not a problem unique to Britain.  Google “Corruption in American Football” (or simply “Corruption in Football” if you are in America) and a host of stories come up on page one, several from 2015 and 2016. Choose your own country for a similar Google search and, if you value sporting integrity, stand by to be annoyed/upset by what comes up!

However, surely everyone, unless convicted of a crime and imprisoned, should be entitled to work in some capacity or another. It was perhaps serendipitous that just before the Telegraph’s stories were breaking, I came across a short article in The Recruiter magazine, titled, “Retiring athletes should go into recruitment says ex-Olympian.”  Robert Parker, a former Olympian and now a recruiter suggests that “his experience of working in a team (he represented GB at water polo) has … held him in good stead in the world of recruitment.”

This got me thinking?  What should anyone from the football industry, or indeed from any other sporting background, do if they are seeking a change of career?  The only current footballer I can find who has gone into recruitment is a man called Jim Goodwin – who plays for Alloa in Scotland - and he’s only doing it part-time along with his playing career. As reported in the Herald newspaper, it’s not been an easy transition, with Mr. Goodwin admitting, “It has been an eye-opener.  It’s my first real job – I’ve never worked a day in my life,” he admits honestly. “Putting on a suit in the morning and joining the rush hour takes a bit of getting used to. It’s longer days now. As a full-time footballer, if you wanted you could be in for 10am and home for 1pm, although I liked to get in earlier and leave a bit later. So it’s been an eye-opener. But I’m pretty sure every ordinary working man out there will have very little sympathy for people like myself as we lived the dream for 20 years.”

Clearly, sporting careers are limited by age and fitness, but a further search for jobs after football (or soccer for our US readers) revealed a huge variety of subsequent occupations, including: a fishing lake owner, a preacher, a private investigator, a bouncy castle owner (honestly!), a chemistry teacher, a used-car salesman and a wine importer – amongst many others. Perhaps there is hope for me yet!

Stop Press:  Perhaps serendipitously, a few hours after writing this, we received notice that one of our many customers, Robert Walters, is an official sponsor of the British and Irish Lions 2017 tour to New Zealand. I know of at least one former professional rugby player who went into recruitment marketing and he’s doing very well, so I suspect that, after they’ve seen off the All Blacks, perhaps a few of the Lions might like to consider a career in our industry! 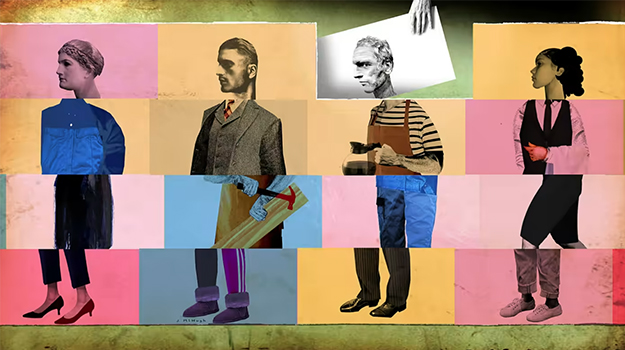