The Working It podcast production team headed into central London last week for some mushroom coffee. We were at a pop-up café called Shroom Town (yes, really), looking into the growing trend for “adaptogenics” and “nootropics” — smart substances that are designed to have health benefits and boost brain performance.

In this case, we were tasting coffee containing extracts of the exotically named but legal lion’s mane and cordyceps mushrooms, plus some very tasty (also legal) mushroom brownies. Did we feel more focused and productive for the rest of the day? We certainly felt a bit buzzed, and the coffee tasted good. I can’t say it was more effective than that, but the use of nootropics and extremely personalised supplements are becoming a growing trend that (allegedly) improves our productivity and wellbeing in life and at work. This FT article on the booming cognitive-boost sector sparked my interest. 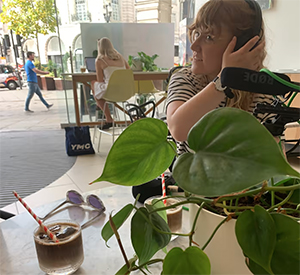 Working It producer Anna Sinfield and a turbo-charged coffee

We’ll talk about all of this on a forthcoming episode of the Working It podcast. I’d be interested to hear from any readers who have tried boosting their brains for work this way — did it make a difference? Email us at workingit@ft.com. (Isabel Berwick)

Should you tell your boss about your side gig? 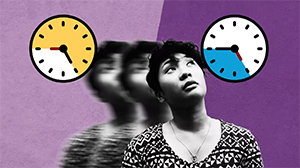 Having a side job outside of your nine-to-five is not simply a matter of extra time and energy. You’ll also have to determine when to disclose your new endeavour to your boss — if your company allows you to pursue it at all. As side hustles have become more popular, Alex Bogdan, a labour and employment attorney at Fox Rothschild, says he’s seen a rise in legal actions related to non-compete agreements — so it’s worth understanding the legalities of making some additional cash.

Legal action comes up most often when a side gig is not only similar to your primary job, but also the role that you play in it, according to Alex. From a contractual perspective, the safest bet is to pursue a side hustle that’s totally unrelated to your day job. Nisha Mehta, a radiologist in North Carolina, says that real estate and investing are both popular non-medical side hustles among the nearly 92,000 doctors in her Physician Side Gigs community.

But the easiest and most natural step to starting a side hustle is to use professional expertise you already have. Company policies and local employment regulations vary widely, but there are a handful of universal factors to consider if you’re going to pursue a second gig that is similar to your day job.

First, review your company’s policies to see if you are bound by a non-compete agreement. Generally, non-competes are only enforceable within a certain distance from your place of business — you can’t set up shop right next door to your boss, for example — but the global and remote nature of modern work opens the door for companies to argue for worldwide non-competes.

Often, the spirit of a non-compete is to protect confidential information, trade secrets and intellectual property, but it can also apply to your unique skills — especially if you’re a high-level executive or other well-known figure in your industry. In a world where many professionals are encouraged to cultivate personal brands, to quite literally package and capitalise on their professional reputations, this can create a grey area in which some companies may feel entitled to a return on that investment. For example, some physicians’ employers even ask for a percentage of outside earnings, says Nisha.

Alex says the law on unique and specialised skills is still evolving, though. Recent efforts in the United States have sought to better regulate non-competes to help workers change jobs more easily — which would have the added benefit of securing rights for people to pursue side hustles, too.

It might feel scary to bring up your side hustle to your boss, but it’s best to err on the side of caution by disclosing it. Legal implications aside, talking to your boss can help you maintain a good relationship — rather than leaving them to feel blindsided should they discover your secret side job out in the wild.

“Most people tend to be understanding of someone trying to do something on the side, especially in today’s economy,” says Alex. “They’re happy to help you and encourage you to improve and grow and make money.” (Sophia Smith)

Do you have a side hustle? Let us know in this week’s poll.

Listen In: What can sports stars teach us about management?

We’re talking about sports this week on the Working It podcast. It’s not my natural environment, but there is a huge market for performance and leadership insights from former athletes and team managers. I hear from a former England cricketer, Jeremy Snape, about the moments of failure in front of big crowds that helped him learn to manage his emotions and perform at his peak.

Jeremy thinks everyone can train themselves to have a “winning mindset” so that we can focus, control our anxieties and avoid catastrophising. As an anxious catastrophiser myself, I like this idea. I also chat with Lionel Barber, a former editor of the FT, about the ways in which top sports managers — such as Sir Alex Ferguson at Manchester United — informed his own leadership style. (And luckily, as Lionel is no longer my boss, nerves didn’t mess up my performance.)

Next week we talk about the forced return to offices: many CEOs want it (even if they won’t say so openly) but worker resistance is strong. Which side will prevail? Joining me are Professor Anita Woolley from Carnegie Mellon University, and my FT colleague Dan Thomas, chief UK business correspondent. (Isabel Berwick)

Elsewhere in the world of work:

A word from the Working It community:

Pay transparency measures are on the rise, and proponents hope that adding visibility will help close the gender pay gap. This sparked lively debate among FT readers.

There’s a common assumption that you earn more with seniority and experience. Publicising salaries could cause us to double down on this assumption, which Raoul Wallenberg doesn’t support:

Many of you support the idea of transparency. Reader Afternoon raised the point that not only is salary transparency good for equity, but also allows people to make more strategic decisions:

"[Increased transparency] is an important move not only to reduce pay inequality, but also to manage your career expectations and be more open at work. It should provide more fluidity in the jobs market as people will better recognise their own worth — and [those] around them.

"If you know the person next to you gets paid more and you are doing the same job, you should understand why. If your boss only earns a small amount more than you, is it worth hanging around for their job?"

Mervyn Keene points out that even if salaries aren’t transparent, companies should still review and adjust salaries to make sure that new hires aren’t arbitrarily making more than those already there:

"The problem is that new hires get the market rate while long-term employees tend to remain where they are. You have to move to get that raise, which is daft as the company loses all that intellectual capital and then has to train new people up, who may not be as good as those who leave."

People often have different conceptions of what “pay equity” actually means — and thus how to fix it — so Hambontota2 offers a clarifying thought on comparing only like with like:

"It’s a red flag if the solution is based only on promoting/hiring for leadership positions . . . The [company-wide] gender pay gap is meaningless; what matters are any gender pay gaps for the same role."

Comments have been edited for length and clarity.

Long Story Short — The biggest stories and best reads in one smart email. Sign up here

Disrupted Times — Documenting the changes in business and the economy between Covid and conflict. Sign up here