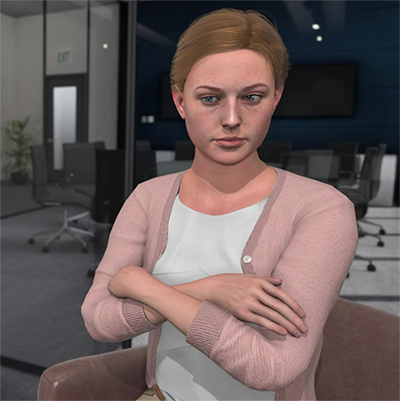 As she tilts her head to one side, crosses her arms defensively and raises her voice irritably, “Lisa” describes how she berated one of her team before conceding that her aggressive approach would likely backfire.

Her words are spoken by a real actor, but she is portrayed as an avatar, a symbol of how upstart training companies deploying new technologies such as augmented reality are disrupting the traditional face-to-face classrooms format of business schools providing education for managers.

“We are in enormous demand,” says Mark Atkinson, chief executive of Mursion, a San Francisco-based company that offers artificial intelligence-backed simulations. It allows sales managers, hospitality staff and others to role-play online at low cost, without feeling awkward or restrained in front of their colleagues. “It’s a unique component of learning that has been sorely missing.”

His business is one of a growing number of providers that have thrived during Covid-19 amid signs of resurgent demand for training in different formats for an expanding number of employees.

“The training industry is becoming digitised in extensive new ways,” says Josh Bersin, a veteran consultant in the sector. “There’s a lot of innovation and the vendors are getting piles of money from venture capitalists.”

New tech-based entrants have added fresh pressure on business schools, which were already facing an explosion of alternative providers. A survey conducted last year for Carrington Crisp, an educational consultancy, suggested that just a third of employers used them for executive and life-long learning, with the rest turning to professional bodies, consulting firms and in-house services.

The established academic institutions took a substantial financial hit early in the pandemic. Lockdown limited travel and the scope for face-to-face sessions, and many corporate clients restricted budgets and staff time away as they refocused on adapting to the disruptions caused by coronavirus.

That created uncertainty even for premier venues such as the University of Chicago Booth School of Business, which had invested in a substantial new three-storey facility to house its London campus, but had to delay the opening for many months.

“We’ve really had to ramp up online and hybrid formats in a short period,” says Mark Lewis, Booth’s executive director of executive education. “Schools have really had to be agile, resilient and flexible. We’ve always dealt with competition, but the competition now we’re going to have to address is for the present and long into the future.” 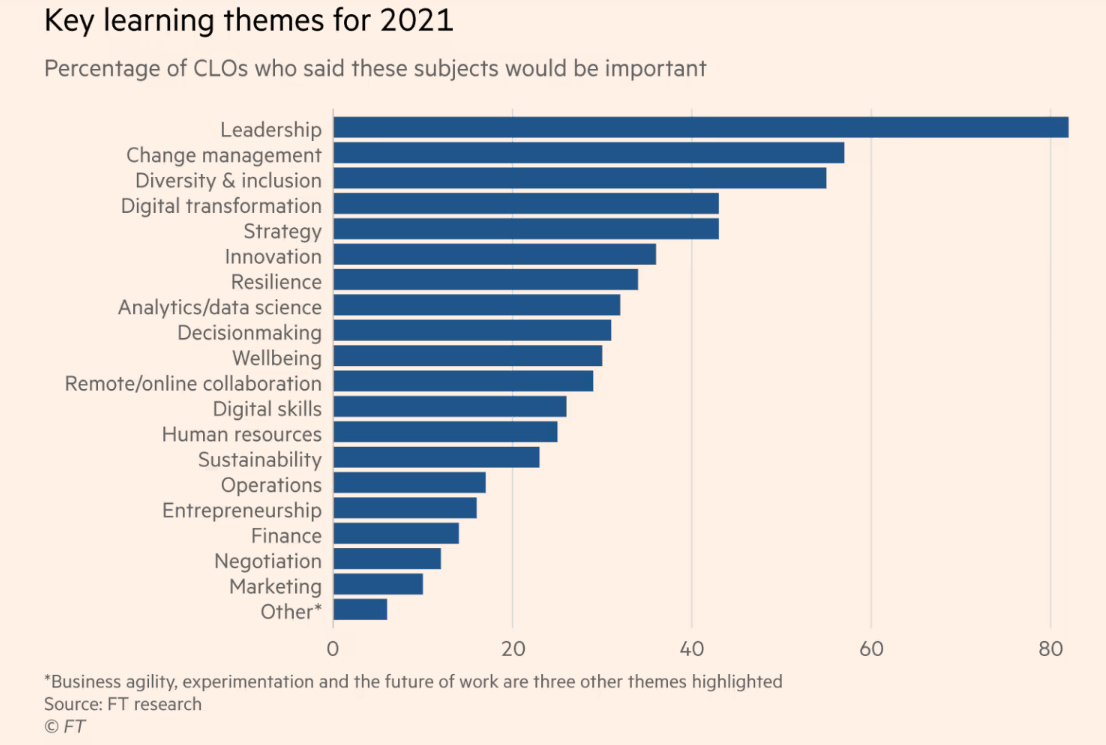 The good news, he says, is that clients are returning and revenues rising again both for his school and across many of the others surveyed in a recent benchmarking survey conducted by Unicon, a trade association.

That mirrors the findings of an inaugural annual survey of 363 chief learning officers around the world conducted in 2021 by the FT with Unicon and other professional bodies, which is currently being run again. It showed more than a quarter of organisations intended to increase their budgets while just 17 per cent planned reductions.

While learning has long been viewed as strategic to support business development — and sometimes to provide perks to those in senior positions — many respondents commented on how it was increasingly used to attract and retain staff. That has become more important for both a restless cohort of millennial recruits and older staff considering a change as part of the “great resignation”.

Furthermore, a switch by necessity to online education in the past two years opened the possibilities of lower cost and more democratic training available to many more people at different levels within companies. That sparked interest as the #MeToo and Black Lives Matter movements added momentum to calls for greater diversity and inclusion in the workplace.

Indeed, the FT survey highlighted this topic as one of the highest ranked among areas of expertise sought by chief learning officers, alongside more classic executive education themes including leadership, change management and digital transformation.

But some suggest the accelerated inroads of online training provide greater flexibility and convenience for students and speakers alike, which are unlikely to reverse. There are indications that digital programmes may even provide better quality and higher satisfaction among participants than in-person ones.

Such increasing “disintermediation” of faculty experts from their business schools could pose a threat. Another pressure comes from within, as schools balance the temptation of pricing against volume in their online offerings.

"There is still a very big need for face to face. Things happen in a room when people talk to each other that never happen online"

Andrew Crisp, co-founder of Carrington Crisp, says one executive summed up his views: “Rather than spending $50,000 sending two people to a Harvard programme, we can now try to send 50 people to Harvard [online] content for the same cost. This seems to sum up much of the market change now taking place,” he says.

Bersin says there is strong growth in “micro learning” and providers curating a range of online programmes. But he cautions that to be effective, they also need to be innovative and interactive, while libraries of training videos designed simply to be watched passively are falling out of fashion. He adds that “there is still a very big need for face to face. Things happen in a room when people talk to each other that never happen online.”

Business schools are also adapting their pedagogy, both with virtual reality, simulations and with innovative face-to-face formats. At Edhec Business School in Lille, for instance, executives on the Leadership Under Pressure unit on its Advanced Management programme join military commanders aboard a French warship for 10 days of rigorous training.

Lee Newman, the dean at IE Business School, based in Madrid, says: “I don’t see business schools forced out of the entire value chain, but we need a good hard look in the mirror to identify our relative source of value. We have to disrupt ourselves and double down.”