Shouting. Yelling. Personal attacks, while freeriding on his research.

Those are some of the behaviours that Morteza Mahmoudi, a medical nano-scientist at Michigan State University, says he had to put up with from a senior colleague at a former employer, just as his career was taking off.

Appalled by his treatment, he complained to a higher-up. But rather than tackle the bullying, the higher-up instructed the alleged perpetrator’s protégé to oversee Mahmoudi and life went from bad to worse.

“To do an experiment, I had to get approval. To buy materials I needed authorisation — that’s less freedom than a PhD student has,” he says. When internal investigators found many of his allegations to be corroborated but left his antagonist in post, he quit. “I was lucky. I had a great CV, a green card and offers from other institutions. For most people that’s not the case,” says Mahmoudi who later co-founded a non-profit organisation, the Academic Parity Movement, to combat bullying.

Tales of abusive supervision — broadly understood as behaviour that subordinates perceive as hostile, ranging from sustained put-downs to career sabotage — are common. According to the US-based Workplace Bullying Institute, 30 per cent of Americans are bullied at work, mostly from above.

Promoting workers on their technical skills without equipping them to manage is partly to blame, believes Gary Namie, WBI’s co-founder. Now those newly-minted managers are in charge and “people are flying for survival”, because the boss is emulating the despots and sticklers depicted in novels and screen dramas, Namie says.

Yet bullying bosses do not all fit the mould of Charles Dickens’s metrics-obsessed Thomas Gradgrind in the novel Hard Times, nor even of the stressed boss under pressure to hit targets. According to mounting research, both under- and overachieving employees attract an outsized share of bullying, suggesting some individuals bully not in a misguided effort to drive up performance but as a career tool to drive out juniors who show hints of outshining them. In a Dutch study, for example, women academics reported they first experienced bullying, or that it worsened, after they won big grants and accolades. Experiments have also shown that when women enter online games, the lowest-scoring men display hostility, arguably because they fear losing status.

Who wields power over whom is another facet of bullying. Studies on precarious workers, pupil barristers and medical trainees suggest that when supervisors are perceived by their juniors as gatekeepers to employment and opportunity, some abuse that power. In a survey that Mahmoudi and his co-researchers analysed, some young academics and postgraduates talked about how their supervisors used “my data in papers/patents without acknowledging my contribution”, others described being strong-armed into signing away their rights to their own findings. Overseas scholars were especially vulnerable to exploitation, with some reporting how their seniors threatened to cancel their visas, putting them at risk of deportation. 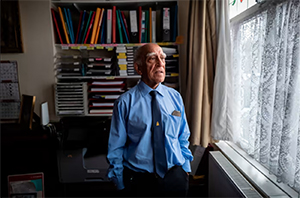 When higher-ups misuse corporate processes to punish employees whose presence or candour they resent, “bullying ceases to be one person misbehaving towards another”, says Narinder Kapur, visiting professor of neuropsychology at University College London. It becomes “systemic”. A whistleblower himself at a former employer, Kapur claimed he was denied resources and sacked from a hospital post because he complained about practices that he considered unsafe. But though an employment tribunal judged he raised his concerns legitimately and was dismissed by an unfair process, it decided the reason he was sacked was a breakdown in relations with his managers, not his whistleblowing.

Kevin Poulter, a partner at Freeths, a UK law firm, says that retaliatory bullying of employees who raise legitimate concerns “happens more than one might think”. But convincing investigators can be tricky. Over time, “there’s a pattern of treating one person differently” that adds up to bullying, he says. Yet individually each microaggression — such as refusing one employee’s requests to attend courses or conferences that their peers would get rubber-stamped — appears trivial.

In the UK and US, unlike some European states, workplace bullying is not illegal, unless there is a breach of equality law. However, in the aftermath of #MeToo and moves by regulators and grant-awarding bodies to punish organisations that protect bullies, many employers have introduced Ombuds offices, whistleblower hotlines and declared that bullying will not be tolerated.

Yet, despite such measures, 70 per cent of the bullied academics surveyed by Mahmoudi and his co-authors did not report their abuse to their institution, mainly because they feared repercussions. Among those that did, most said no action was taken or the bully was protected, and they suffered reprisals.

At the root of bullying’s intractability may be the fact that while organisations say they abhor bullying, few tackle the power imbalances that advantage bullies and weaken victims. When an influential manager faces accusations, “culturally there’s going to be a reluctance to find wrongdoing,” says Charlie Thompson, a partner at Stewarts, a UK-based law firm. HR officers often hesitate to hold managers accountable, while higher-ups may be motivated to reframe bullying as misunderstandings and interpersonal conflict, ignoring the abuse of power that took place. With mediation, for example, says Loraleigh Keashly, professor in the department of communication at Wayne State University, Detroit, the focus is “how can we live in the future, not rehash the past?” But disregarding the back-story, she adds, “can inadvertently become the tool” that allows bullying to continue.

"At the root of bullying’s intractability may be the fact that while organisations say they abhor bullying, few tackle the power imbalances that advantage bullies and weaken victims"

Even when employers and victims sit down to negotiate, unequal power favours the bully. In financial services, “the biggest threat used to bully, is [being put on] a performance improvement plan or [smeared with] a conduct issue” that prospective employers might hear about and be frightened off by, says Fudia Smartt, a partner with the London-based law firm Spencer West. Consequently, even with rock-solid evidence, few victims insist their aggressor be punished. Most “just want to move on, with an agreed reference”, Smartt adds. Leah P Hollis, a senior research associate at Rutgers University, focusing on workplace bullying, is similarly sceptical of paper promises. “Policies and procedures are only as good as the people who run them. People break them all the time,” she observes.

An alternative to trusting those with power to self-police could be for those without it to join forces. When reporting bullying, look for others in the same situation, advises Mahmoudi. “If you present your case together and document examples, your power will be higher. It makes it harder for employers to airbrush allegations,” he says.

A rebalancing of power might even repair trust in corporate processes suspected of lacking independence or of promoting injustice. One idea backed by about 20 grassroots health-worker groups, including the independent think-tank Our NHS Our Concern and Doctors’ Association UK, is the creation of employee-elected scrutiny panels with statutory powers to oversee disciplinary actions and prevent those that bear the hallmarks of malicious motivation. Comprised of doctors and nurses and non-executive directors of NHS trusts, the panels would give confidence that “the system is fair. It would change culture,” says Arun Baksi, a retired consultant physician and campaigner.

More generally, attaching greater weight in selection processes to the opinion of peers and juniors, through some form of 360-degree-style feedback, might flush out candidates who rise through the ranks by flattering upwards and bullying down. But organisations must be ready to act on what they learn, cautions Poulter of law firm Freeths. “If you find out some things aren’t right, then you must deal with them” — which may be why, he adds, bottom-up approaches are not more widespread.

To overcome the inertia that rewards bullying requires organisations “to give teeth to zero-tolerance” and mechanisms that are not reliant on institutions self-reporting abuse to regulators, reflects Mahmoudi. “Everyone knows bullying happens,” he says. “But no one talks about it. No one acts.” 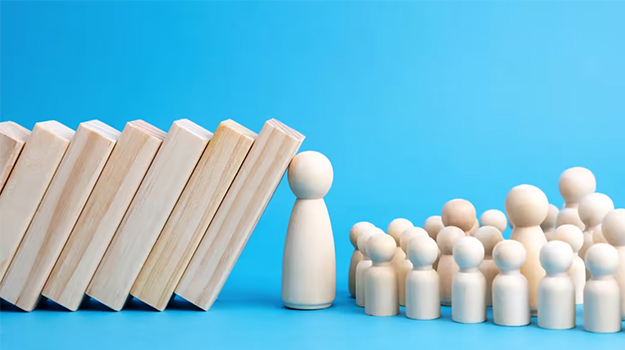