Innovation. It is a business buzzword that just won’t go away. I have sat in on many a “year ahead” planning meeting and seen that word plastered in a presentation as a priority for the upcoming year.

Many companies talk a good game about using innovation to drive commercial growth but what a lot of these strategies get wrong is forgetting to cultivate a real culture of innovation among their staff and creating an appetite for “intrapreneurs”.

It was then popularised by Steve Jobs in a 1985 Newsweek article in which he said the Macintosh team “was what is commonly known as intrapreneurship. A group of people going, in essence, back to the garage, but in a large company”.

Essentially the goal of an intrapreneur is to create something new that does not exist. They have many of the same characteristics as successful entrepreneurs, they think outside the box, problem-solve and are idea generators who take calculated risks when they approach business challenges.

The truth is that huge corporates typically struggle to create a truly innovative culture. What they have in resources, they lack in agility. If you go to work and say to your boss: “Hey, I have this idea. What do you think?” — it is likely that even if it is a great idea, you (and your boss) won’t be able to cut through layers of approvals, get the idea tested quickly, and then execute it.

To succeed in today’s fast-paced business landscape, marked by industry disrupters such as Netflix and Airbnb, the old corporates are feeling the pressure more than ever to invest time in developing new products and services through technology and creativity.

The past five years have seen fintech brands such as Monzo and Revolut creating products that have disrupted the industry, forcing established banks to match it or offer something better. The beauty industry has also experienced a wave of disruption over the past few years with new brands such as Fenty Beauty and Glossier. In 2018, Estée Lauder announced a “Tech hub” to look at ways new technology can help it stay competitive, and this year L’Oréal launched a Intrapreneurship Award, offering students a chance to bring ideas to life.

This is why I see intrapreneurs as the next big trend in corporate innovation, becoming a vital component in the future of any workplace that has ambitions to create optimal value for its customers beyond traditional products and services.

Big businesses are attempting to empower employees to create and innovate with initiatives such as dedicated research and development departments, internal incubators allowing employees to work on passion projects during work hours and even special events: Shutterstock, the photo agency, hosts an annual 24-hour hackathon which lets employees pursue ideas that will benefit the company.

Entrepreneurs have become the rock stars of business culture. The danger is that this is seen as the only way to make a large impact. Not everyone can or should be an entrepreneur, but you wouldn’t guess that from the mass of articles encouraging you to “leave your 9-5 and get that idea off the ground”.

For those who do not want to go off on their own, intrapreneurship could offer an alternative creative outlet, like entrepreneurship but with the stability of a traditional corporate career.

There are now five generations in the workforce, the latest being Gen Z (born after the late 1990s). This range of age and experience offers an unparalleled scope for creativity and imaginative thinking, but companies first need to create an environment that fosters collaboration — as well as giving staff the tools to put great ideas into practice.

Workplaces that still harbour a strong culture of “this is the way it’s always been done” will lose out in the talent race. An increasing number of job descriptions are looking for employees with entrepreneurial skills.

Companies that become complacent and fail to create cultures where employees can be creative are going to be left behind and go out of business.

And the benefits of intrapreneurial projects are not just to the corporate bottom line. They generate energy and opportunities for people to step outside their comfort zone and work on the front lines of change. 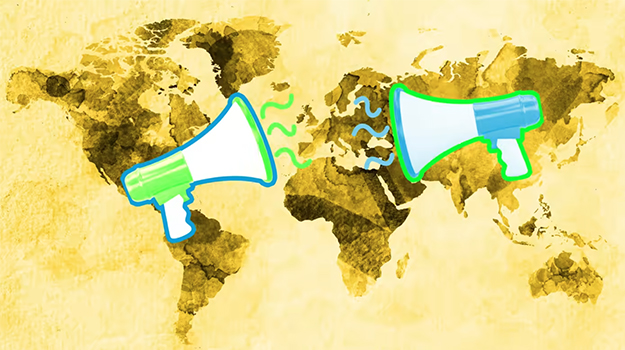